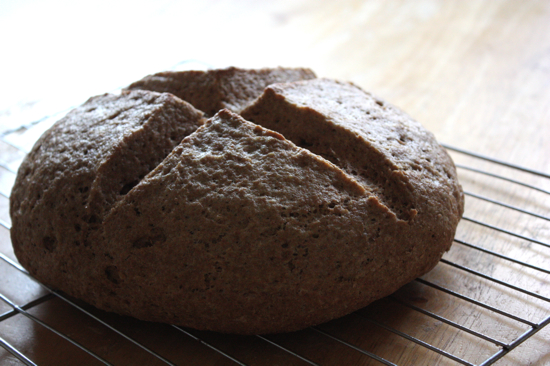 Ireland is full of everything you would imagine: breathtaking green pastures, friendly people, beautiful dairy cows, and great food. Not surprisingly, my favorite part of Ireland was being able to get Guinness on nitro and some fresh brown bread at pretty much any type of restaurant.  I desperately miss having my daily pint of creamy stout with its precise layer of head.  While I have found that imported Guinness is not as tasty as what I drank overseas, I have been able to approximate a version of the brown bread we frequently ate and loved.


It was three years ago when my mom, sister, uncle, three aunts and I took a trip to Ireland. We were quite the crew as we traveled from Dublin to Dingle and back. Though it was often difficult to coordinate all seven of us, it was a spectacular trip, and I can't wait to go back. 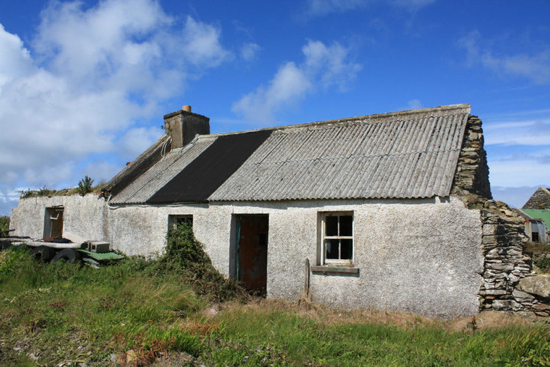 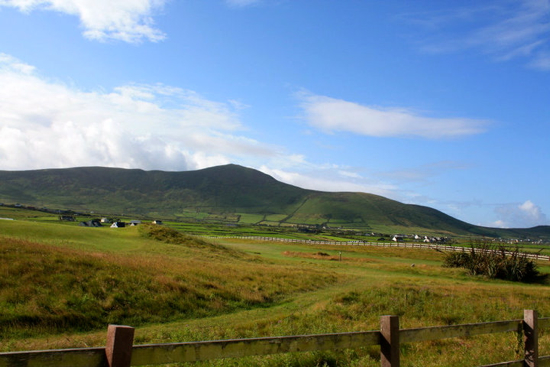 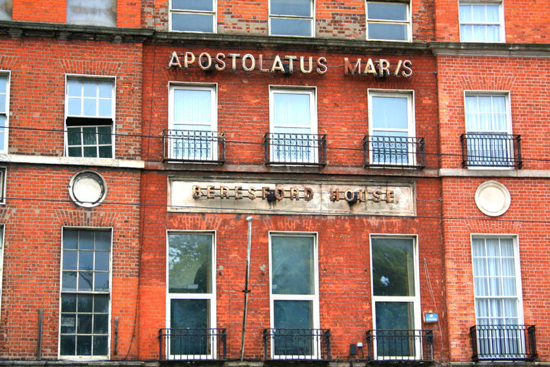 Traditional Irish brown bread is nothing like the Americanized soda bread that is standard on St. Patrick's Day. Rather than a sweetened, white bread with added seeds and dried fruit, brown bread is dark, nutty and simple. The general components are coarse, stone ground whole wheat flour, buttermilk, and baking soda.

Since I now live in wheat country, I was hoping to find a local coarse ground whole wheat flour. Unfortunately, I have failed to find it in my local grocery stores.  Instead I used the graham flour processed at Bob's Red Mill in Milwaukie (just south of Portland), which ironically sources its wheat from Montana. Though graham flour is a sufficient substitute in this recipe, I still wish I had filled my luggage with bags of coarse whole wheat flour that was ubiquitous in Irish grocery stores. 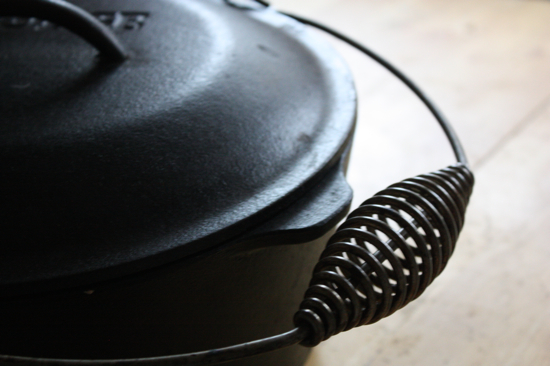 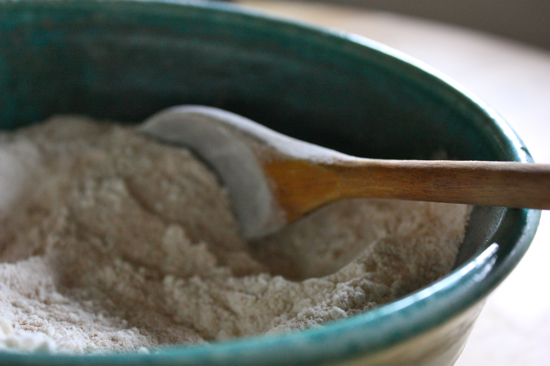 Because not everyone spends all of their money on appliances and weird ingredients like I do, and therefore, might not have the required supplies for this recipe, I mention some suggestions for alternatives below:

Dutch Oven
Using a dutch oven with a lid helps the bread steam with its own moisture as it bakes. It tends to be a drier bread, so it's ideal to retain as much moisture as possible. The original recipe calls for using a tall cake pan, like a springform, with another pan laid on top.  If you don't have a tallish cake pan, than try using 2 cast iron pans that are the same size.

If neither option will work for you, place a roasting pan with boiling water on an oven rack below the bread while it bakes. I use this method when making chocolate sourdough bread. 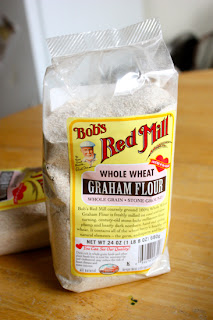 Graham flour is the most similar available flour to the coarse whole wheat used in traditional Irish brown bread recipes. While the result is not identical to the breads we enjoyed in Ireland, it is pretty darn close. If you are fortunate enough to live in Portland, then you can head down to the Bob's Red Mill store and buy the graham flour in bulk for a reasonable price.  Otherwise, you can generally find it in a health food store in smaller packages.

If you'd rather not spend money on the graham flour, then you can make a flour and wheat mixture that will have a similar texture. For this recipe, use 2 cups white flour, 1 scant cup wheat bran, and 4 teaspoons of wheat germ to make 3 cups of "graham" flour. I have yet to try it out, but when I do I will report back.  If this alternative does not jive with you, then just use whole wheat flour. 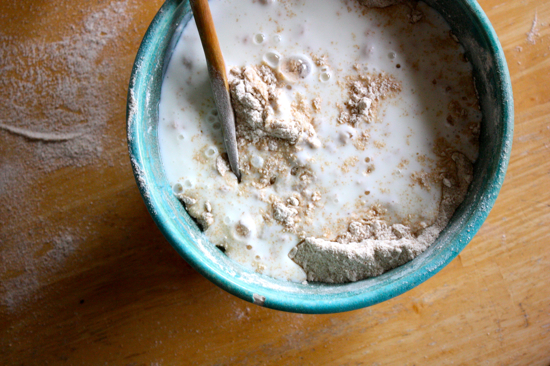 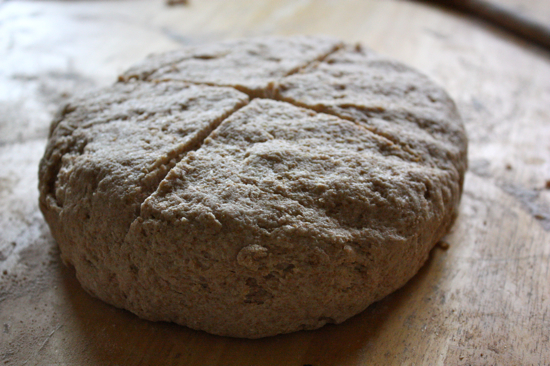 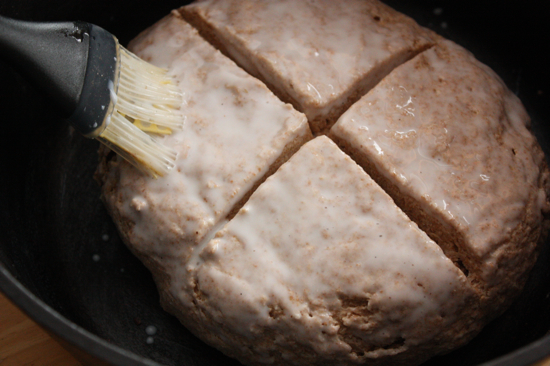 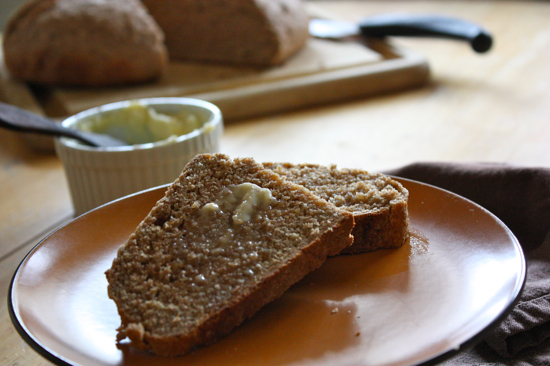 Preheat oven to 425 degrees. Grease the bottom of a dutch oven or tall cake pan (see note above).

Mix flours, salt, and soda together in a large bowl. Rub in butter with hands or with 2 forks. Slowly stir in 14 ounces of  buttermilk until a sticky dough forms; do not overmix.

On a lightly floured surface, lay out the dough and knead gently for just a minute. Overworking the dough will create a drier bread. Form into a round and gently flatten until the round reaches about 6 inches in diameter.

With a sharp knife, cut a cross on the top of the dough, about 1/2 inch deep.  Lay the dough round into the dutch oven or pan. Brush with the remaining 2 ounces of buttermilk (you may have some leftover).

Cover with a lid or another pan and bake for 30 minutes. If you are not using a lid, then follow the instructions above the recipe. Remove lid and bake for an additional 13 to 15 minutes. The bottom of the bread will sound hollow when knocked.

Let cool on a rack.  Serve with butter. This bread is best served the day it is baked. Otherwise, keep leftovers in the fridge to help retain moisture.
Posted by Autumn at 8:16 PM