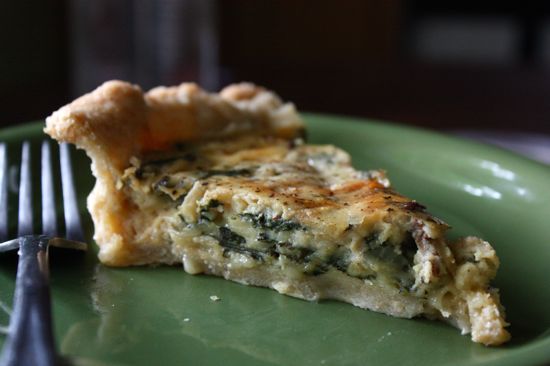 Back in college, my best friend Amanda and I made sure to eat dinner together every week night (except when she had Architecture finals).  I wasn't very creative, so we'd end up cycling through just a handful of meals (pizza, pasta, etc).  One of the staples was this quiche recipe, a classic Lee family dish thanks to my mother.  It is fairly easy to make, cheap, and filling.  I don't make it as often anymore, but it definitely finds itself in the cycle every once in a while. 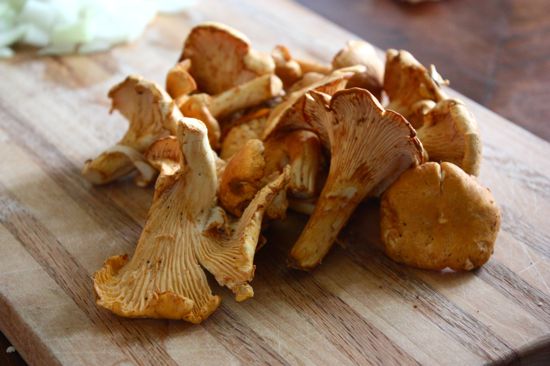 Dave came home a few weekends ago with an enormous amount of chanterelles. We ate mushrooms in every meal for at least a few days.  Since I had previously only made this quiche recipe with crimini mushrooms, I thought I'd try throwing in chanterelles instead.  I know that chanterelles are spendy in the market, so if you don't have an interest in foraging or have a foraging friend who can provide for you, certainly make this recipe with another mushroom.  It's your prerogative.

Also, I believe making a homemade crust is essential, especially with quiche. It's really not that hard, and it's so much better than store-bought crusts.  Making it at home is even easier if you have a food processor because you can make the entire dough in the machine.  Plus, butter is amazing.


Basic Pie Crust
from How to Cook Everything Vegetarian

Often I'll replace 1/4 cup of the white flour with whole wheat pastry flour.  It adds a nice flavor without ruining the texture of the crust.

Also, when making any pastry dough, it is very important to keep your ingredients cold if you want a flaky crust.  Throw your butter in the freezer for 15 minutes along with a bowl of ice water.

Mix flour and salt in a medium-sized bowl or food processor. Cut in the butter or pulse 3 to 4 times with food processor, until it resembles coarse crumbs.  Mix or pulse in the ice cold water, one tablespoon at a time, until the dough begins to come together.

At this point, you should be able to pick up the dough and shape it into a disk, without it sticking to your hands. If not, than add a touch of flour.  If it is too dry, then add a bit more water.  Place the disk in a bag or wrapped in plastic and let chill in fridge for 30 minutes.

Remove dough from the fridge.  On a lightly floured surface, roll out the dough until it is slightly larger than the outer edges of the pie pan (place the pie pan on top of the dough to test this).  Carefully pick up half of the dough with a spatula and fold on top of the other half.   Pick up the dough with the spatula, gently lay in pie pan, and unfold.  Crimp the edges with your fingers or with a fork.  Discard extra dough. Set aside crust while you make the quiche filling. 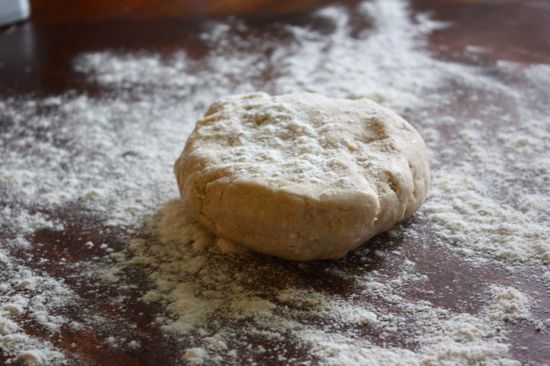 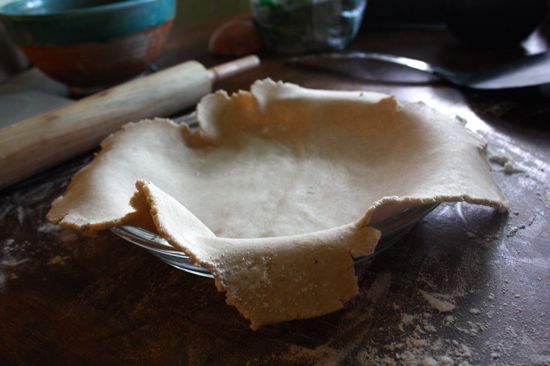 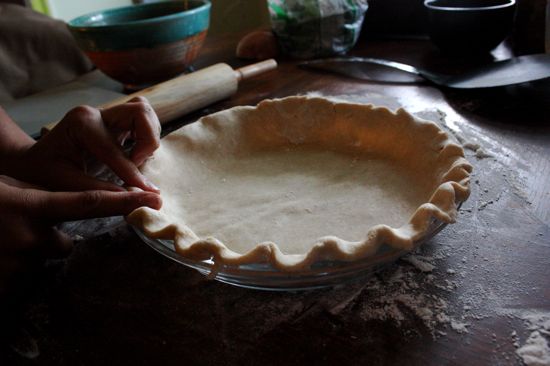 Quiche with Chanterelles and Spinach
adapted from Deborah Lee
Traditional quiche recipes call for cream and more eggs than this recipe. My mom has always made it with milk and three eggs, and I have never felt that it was lacking in richness. The key is making a roux, a flour and butter paste used to thicken the milk.

Also, this recipe is open to alterations. Try an assortment of vegetables or throw in some sausage. I like to replace some of the cheese with a soft goat cheese.

Preheat oven to 350 degrees. Heat olive oil in a large frying pan. Add onions and sauté until translucent, about 5 minutes.  Add chanterelles and cook until water from mushrooms has nearly evaporated. Add spinach and cook until wilted.  Remove from heat to cool slightly.

Now make the roux: On medium heat, slowly melt butter and flour together in a small saucepan, stirring regularly. Cook until mixture is slightly brown and starts to smell nutty, 4 to 5 minutes.  Slowly mix in the milk, salt, and pepper. Heat until just barely boiling and slightly thickened, 6 to 8 minutes.  Set mixture aside to cool for a few minutes.


In a large bowl, beat the eggs and then add the cheese.  Stirring constantly, slowly add the cooked vegetables.  Again, stirring constantly and vigorously to avoid cooking the egg, slowly add the milk mixture.  Pour quiche filling into prepared crust.  Bake 45 to 50 minutes or until quiche is golden brown around edges and firm when touched. Let cool 10 to 15 minutes before serving.