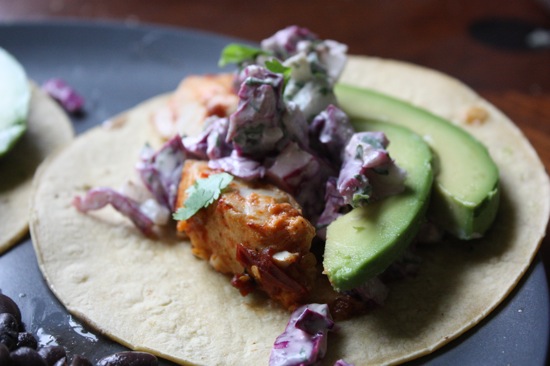 Typically when you order fish tacos from a fast food restaurant, the fish is breaded and fried and served with a thick tartar sauce. Sometimes it's just what you need -- a heavy, filling meal.  But most times, it's nice to have a lighter, equally delicious taco made at home.  I found that after making these super garlicky and spicy fish fillets, it's hard to go back to the often bland fried version.  Instead of the thick white sauce, you mix sliced cabbage with a well seasoned mixture of limey sour cream to make a refreshing slaw.  I find it to be much more satisfying than an added tartar sauce.

Plus, when making it at home, you can control the source that you're eating by buying wild, fresh fish.  The cheapest of that standard is usually true cod at my local store. Though, last week they had a wild dover sole which would also work with this recipe. 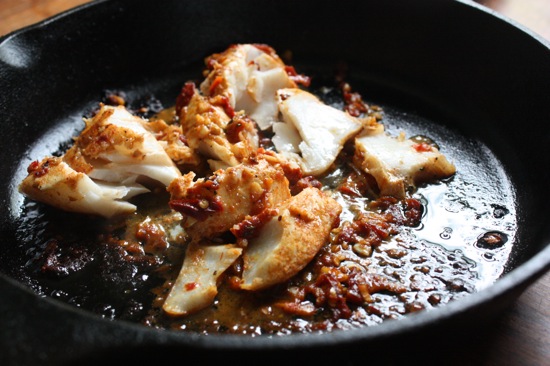 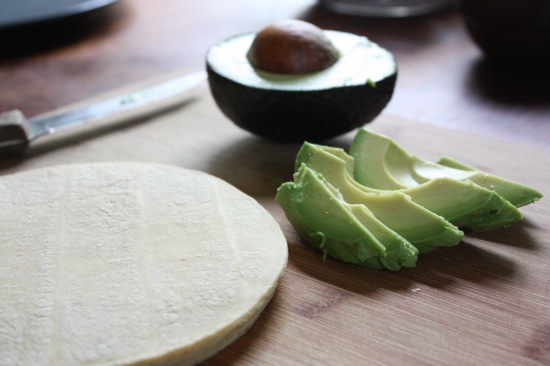 Though this is definitely a hot weather kind of dish, I like to eat it throughout the year. So if the weather is crummy outside, it's easy to broil the fish in the oven. Actually, I tend to broil them even in the summer because it's much quicker than setting up my charcoal grill. It only extends the cooking time by a few minutes, and you've less risk of losing valuable fish to the bottom of your grill.

The cooking time varies greatly depending on the thickness of the fish and the method of cooking. I broiled mine for about 7 minutes a side, but grilling can sometimes only take 4 minutes per side.

Also, if you have a small food processor, you can puree the marinade ingredients to make a smooth paste.  It's a bit faster, and it'll spread more evenly. My food processor is large and clunky, so I tend to just chop the ingredients or pound them in a mortar.

Pat the fillets until dry with a paper towel. Season well with salt and pepper. Mix the olive oil, chipotles, garlic, lime juice and cumin in a baking dish. Add the fillets and turn to evenly coat. Marinate for about 30 minutes in the fridge or up to 6 hours. 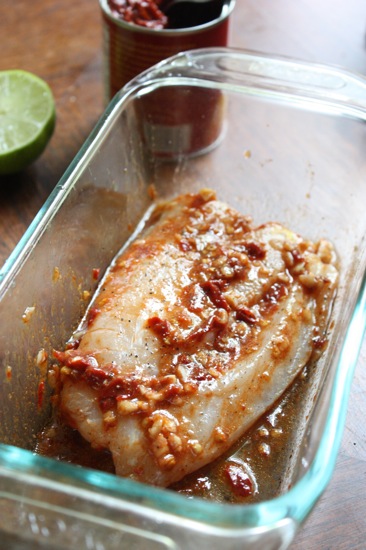 Heat the grill on medium heat or if using the oven, preheat the broiler to 500 degrees and place a rack on the top section. Place the fish fillets on the grill. Grill until just cooked through. Gently remove from the grill and place on a serving dish. If using the oven, place in an oven-proof pan such as a cast iron and set on the top rack. Broil the fish until opaque and just cooked through. Break up the fish into large bite-size pieces.

Serve with slaw, grilled tortillas, avocado, salsa and beans on the side. 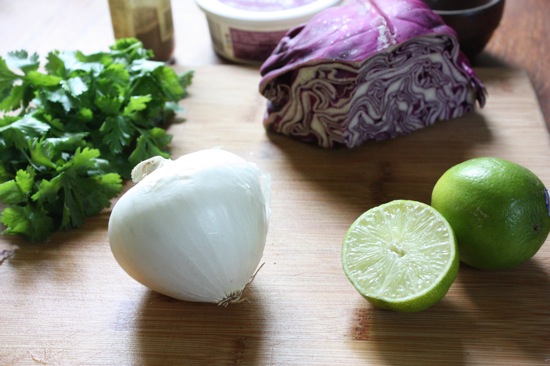 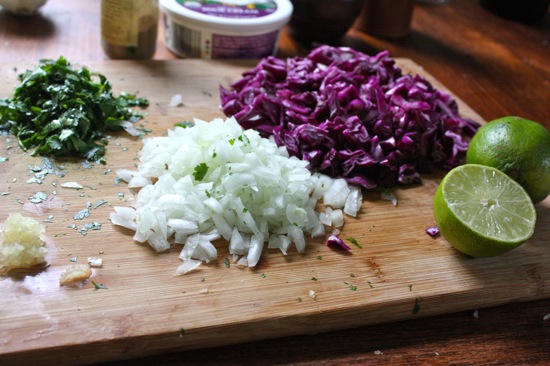 Stir the sour cream, lime juice, cumin, garlic and salt together in a large bowl.  Add the cabbage, onion and cilantro, and stir together.  Keep refrigerated until ready to serve.  Best served that day, as it will get a little soggy in the fridge. 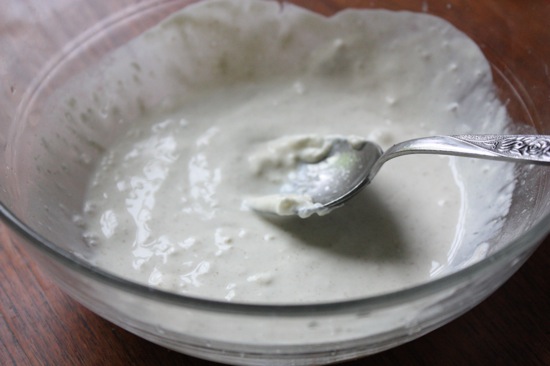 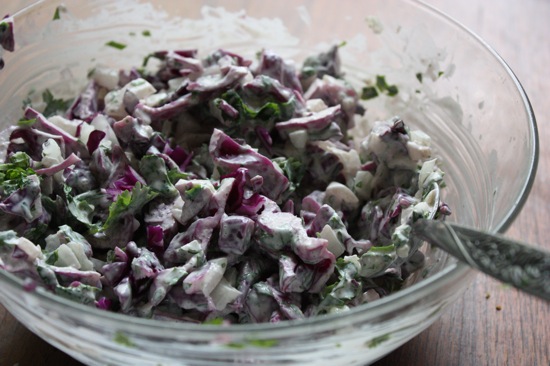 *Note: You should be able to find chipotles chiles in adobo at most grocery stores in the hispanic foods section.  There usually are a few choices, so I just check the ingredients and buy the one with the least preservatives and unpronounceable ingredients.